Skip to content
HomeCurrent EventsRumors are Swirling that Former FBI Top Lawyer James Baker is Now Cooperating with Durham; The Problem? There are Two James Bakers in this Movie

Rumors began swirling on Friday in Washington following OANN’s Jack Posobiec’s  interview with Ned Ryun, who is the CEO and founder of American Majority.

I’ll give you the bottom line first. Toward the end of the segment, Posobiec said to Ryun, “Essentially what you’re saying is that Baker has flipped.”

Ryun replied, “I do believe that Baker has flipped based off my sources that have known and worked with Baker for years.”

The two began with a discussion of the DOJ’s announcement that Durham’s administrative review had shifted to a criminal inquiry. Ryun said he has suspected for months this would happen. He also thinks that Durham probably convened a grand jury weeks and weeks ago.

Note: Next, Posobiec speaks of James A. Baker, the former FBI General Counsel as the man who leaked the transcripts of General Flynn’s phone calls with Russian Ambassador Sergey Kislyak.

Posobiec says, “In this filing, Sidney Powell is stating that it was James Baker, the General Counsel of the FBI, and that the Washington Post ran it at the urging of James Clapper.”

That is not true. He is confusing the two men. The filing clearly states that the man who allegedly leaked the transcript of Flynn’s calls is Director Col. James H. Baker at ONA (Office of Net Assessment in the Pentagon). He is the one who regularly has lunch with Washington Post reporter David Ignatius who published the story. Below is a footnote from the Flynn filing which contains this information. (The full document can be viewed here).

House Republicans revealed in January of this year that James A. Baker (FBI) was under a criminal investigation for leaks, just not the leak referred to in the Flynn filing.

Then, Ned Ryun picks right up without saying, no it’s really the James Baker from the Pentagon. Ryun says:

I believe that James Baker was guilty of leaking…But I’ve talked with some high-level DOJ officials who worked with James Baker back in the day and they believe that he is probably witness number one for Durham and Barr, that he is actually providing evidence against others inside of this entire investigation. Because, let’s not forget not only was he general counsel at the FBI, but he was also formerly the FISA guy at DOJ and I believe that he based a lot of what he did in the FISA process off trusting others. I feel that, according to these sources, that he has been used and abused and he is actually being helpful to Barr and Durham. I think he will have to bear the consequences for some of these actions that he, I believe, is guilty of. At the same time, I think he is being extremely helpful.

To make a long story short, it’s entirely possible that one of these men have begun cooperating with Barr and Durham which would certainly be good news. Both are in legal jeopardy and both would have reason to do so. But no one really knows.

The post Rumors are Swirling that Former FBI Top Lawyer James Baker is Now Cooperating with Durham; The Problem? There are Two James Bakers in this Movie appeared first on RedState. 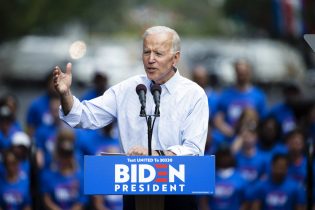